I was recently in London to meet with Nicola Solomon of the Society of Authors about some of the most pressing issues concerning writers today. 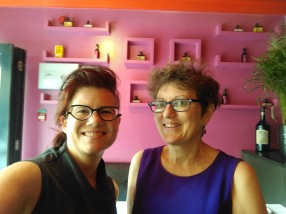 (Rebecca Giblin and Nicola Solomon after a lively conversation on author’s rights, May 2018)

On the train back to Paris I finally got around to reading Jennifer Kloester’s biography of Georgette Heyer, whose sparkling, hilarious, irony-laden Regencies have delighted me for decades. Having well and truly swallowed the copyright law red pill, it was of course the details of her copyright arrangements that fascinated me most – as well as the contrasts between the arrangements she negotiated and the contracts authors are typically offered today. 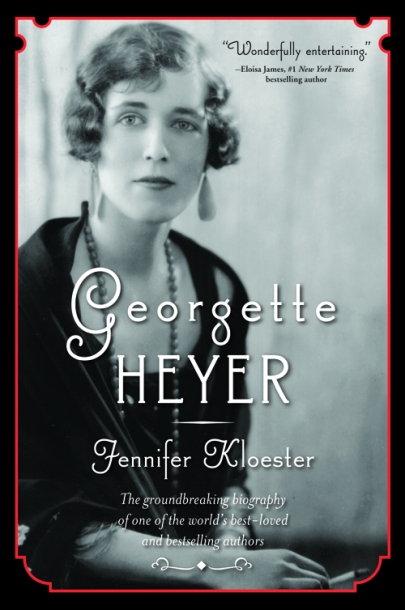 Heyer wrote her first novel, The Black Moth, at just 17 years of age. After receiving the (unsolicited) manuscript, Constable rapidly offered her a publication contract for US and British sales and offered a £100 advance – about £2,905.77 in today’s money (and at the time sufficient to buy almost a year’s labour from a skilled tradesman).  Heyer didn’t sign straight away though – instead writing to the Society of Authors (yes, the very one I was then on my way back from meeting) and asking for their review. In later correspondence she further explains that the net profits from the US sales would be split 50:50 between herself and Constable’s – certainly a very different deal than those I’ve seen in recent times..!

Despite this promising start, Heyer’s life story, at least as told by Kloester, is one of never ending financial struggle. Although she earned a very good (if sometimes rather uneven) income, she and her family always seemed to spend more than what came in. In 1940, she finally succumbed to the urgent need for a lump sum to extract herself from her financial difficulties. As chronicled by Kloester:

‘Georgette sold the British and Commonwealth copyrights in These Old Shades, Devil’s Cub and Regency Buck to Heinemann for £750. The contract also included a clause giving to Heinemann fifty per cent of any film rights in These Old Shades and twenty-five per cent of the film rights to the other two novels (in 2000 Random House voluntarily agreed to cancel the 1960 contract and return full rights for the three novels to the Heyer estate).’

Unfortunately for Georgette, her timing could not have been worse. Just after selling these rights for the ‘paltry sum’ of £750, the war’s ‘blackout conditions, rationing, constant tension and tragedy made people eager for books’ – soon after, her sales soared into the millions, and those copyrights increased massively in value. (Adding insult to injury Heyer found herself in a dispute with the Inspector of Taxes over her declaration of the sum as capital rather than income – she ultimately lost the case and had to pay over £1000 to the Inland Revenue.)

Still, as one of Georgette’s surviving letters demonstrates, she didn’t seem to have too many hard feelings about the deal: her need for the money, at the time, was far too pressing:

‘Doesn’t it seem fantastic thirty years later, that £750 should have been considered by the valuers on both sides to have been a pretty generous price? … And it is still more fantastic to think that Heinemann’s weren’t at all keen to buy my copyrights! I heard, years later, that Frere had the devil of a job persuading the Board to do it! Well, they got a very good bargain, but I don’t begrudge it them, remembering, as I do, to what straits we were reduced at the time.’ (Extracted by Kloester)

From my perspective as leader of the Author’s Interest project, this story has numerous interesting aspects. The first concerns the price paid. However fair it may have been at the time it was negotiated, the publisher received dramatically more than it bargained for, since the value of the rights skyrocketed soon after purchase. If the UK had had a ‘bestseller clause’ like that of Germany, Heyer would have had some entitlement to share in that unexpected windfall bounty.

The second point of interest in the inordinate length of the transfer. Even after its ‘voluntary’ surrender in 2000 (more about that below!), Heinemann and its successors still got sixty years of benefit, simply because Heyer found herself in such urgent need of capital. To understand why a sixty year transfer cannot be justified under any accepted rationale for copyright, revisit the distinction between incentives and rewards we made in our very first post.

The third interesting aspect concerns that ‘voluntary’ surrender – not so fast, says I..! The transfer was of pre-1957 copyrights – which means that the automatic reversion protections from section 5(2) of the Copyright Act 1911 (UK) applied. This is what the law said:

‘Provided that, where the author of a work is the first owner of the copyright therein, no assignment of the copyright, and no grant of any interest therein, made by him (otherwise than by will) after the passing of this Act, shall be operative to vest in the assignee or grantee any rights with respect to the copyright in the work beyond the expiration of twenty-five years from the death of the author, and the reversionary interest in the copyright expectant on the termination of that period shall, on the death of the author, notwithstanding any agreement to the contrary, devolve on his legal personal representatives as part of his estate, and any agreement entered into by him as to the disposition of such reversionary interest shall be null and void’…

In other words – twenty-five years after an author’s death, the remaining copyright goes to her heirs, regardless of what the contract says. The timing here – Random House’s ‘surrender’ of the rights was reported as being exactly 25 years after Heyer’s death – says there was nothing ‘voluntary’ about it at all. Without this reversion mechanism, Random House would have been able to continue benefiting from that transfer until 2045 (since copyrights now last for the author’s life plus 70 years).

Heyer’s son, Sir Richard Rougier, was a well known High Court judge – his legal knowledge may well have assisted in ensuring Random House ceased asserting their interest in the rights in such a timely fashion! 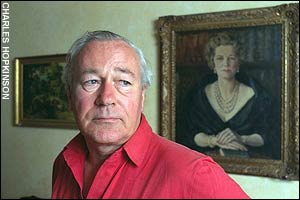 The UK’s automatic reversion right was exported from the UK into the laws of numerous Commonwealth countries. Today however, the UK, Australia and most other nations that once enshrined this automatic protection no longer impose any time limit on transfers.  Canada is a notable exception – it still has automatic reversion 25 years after death. We have canvassed some authors’ reversion rights on this blog already and will do so in more detail in the future.

Kloester describes another arrangement I found of particular interest, given the recent debates around ‘Special Sales’ royalties in the UK, which can see authors earn as little as 3p per book. Heyer also published special ‘Book Club’ editions of her novels for reduced royalties – but they look nothing like what some authors are being obliged to accept today. In around 1953 Foyle’s offered ‘to buy Cotillion with a first printing of 140,000 copies and a 4d royalty’ – £0.52 in today’s money, or potentially over £72,000 if the whole run sold…

I could keep going indefinitely but am aware my enthusiasm for Georgette’s copyrights might outlast that of almost anyone reading. So I’ll finish with just one last anecdote. Since Heyer had licensed only limited publication rights, and for the most part held onto the rest of her copyrights, she had plenty of licensing opportunities over the years. As Kloester narrates:

‘In the early 1950s… when Joyce Weiner [Georgette’s agent] rang to say she’d been offered £250 for the ‘recording rights in These Old Shades’, Georgette told [her publisher at Heinemann] Frere: ‘I didn’t think you’d object to this recording thing.’ He assured her that ‘we have no interest at all in the “recording rights” (whatever they may be) … so you may tell Joyce to go to it and good luck to all concerned.’

Remember that Heinemann at the time was a significant player in the UK trade book industry – that blasé attitude is a striking contrast to conditions today, where the majors’ boilerplate contracts tend to be very difficult to amend, and refusal to transfer audio rights has become enough to kill a deal in its tracks.

For those who’ve stuck through right to the end of this screed, I’m going to throw in a list of my favourite three Heyer’s – just in case you haven’t read her, and think you might like to start. I think they’d be… The Grand Sophy, These Old Shades and… (now I don’t know why I agreed to limit myself to just three when there’s so many I love) – I’d have to go with The Unknown Ajax. What are yours? Tell me here or on Twitter (@authorsinterest).

Associate Professor Rebecca Giblin is an Australian Research Council Future Fellow. Giblin and her team are investigating ways in which taking seriously the author's interest in copyright can improve not only remuneration outcomes for individuals, but in doing so, reclaim a great deal of currently lost cultural value for broader society. This site provides a window into their work. Interested authors - please feel free to get in touch! View all posts by Rebecca Giblin

This work is licensed under a Creative Commons Attribution-NoDerivatives 4.0 International License.